The forerunners of today’s Internal Drainage Boards date back to the time of Henry III who established a Commission for drainage of Romney Marsh in Kent in 1252. Most IDB’s today were established by the Government following the passing of the Land Drainage Act 1930.

The Lower Medway Internal Drainage Board was set up in 1934 following a public inquiry held by the Minister of Agriculture and Fisheries because there had been several appeals against the proposed inclusion of certain areas in the initial Internal Drainage Districts. As a result of that inquiry the Minster set out various principles incorporated in what became known throughout the country as the “Medway Letter”.

Areas of benefit were defined as those areas included in a contour line 8 ft above highest known flood level in non-tidal areas and 5 ft above high tide in coastal areas. These became the Upper (non – tidal) and Lower Medway Internal Drainage Districts.

The Lower Medway Internal Drainage Board area is quite different and consists of land that would have flooded by sea water but for the construction of earth embankments or sea walls. As mentioned in the “Medway Letter” the drainage district is based on the 5 ft above high tide contour.


Because the areas that were once tidal are not continuous along the coat, the Internal Drainage District tends to be fragmented with pockets of lowlands either side of the River Medway.

Both Boards obtain funds to carry out the necessary maintenance by levying drainage rates on the owners and occupiers of land within the Drainage Districts. Agricultural land is levied directly to the landowners or occupiers, businesses and domestic properties are also levied but collected on behalf of the Board by the relevant local authorities as part of the local council taxation and paid to the Board as a Special Levy payment. 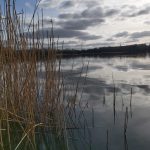 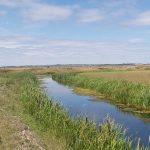 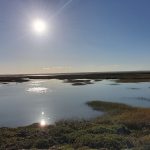 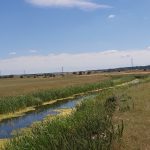 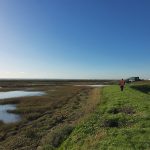 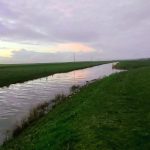 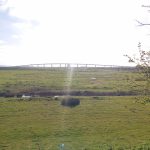 © 2022 Lower Medway and North Kent Marshes Internal Drainage Boards
We use cookies on our website to give you the most relevant experience by remembering your preferences and repeat visits. By clicking “Accept All”, you consent to the use of ALL the cookies. However, you may visit "Cookie Settings" to provide a controlled consent.
Cookie SettingsAccept All
Manage consent

This website uses cookies to improve your experience while you navigate through the website. Out of these, the cookies that are categorized as necessary are stored on your browser as they are essential for the working of basic functionalities of the website. We also use third-party cookies that help us analyze and understand how you use this website. These cookies will be stored in your browser only with your consent. You also have the option to opt-out of these cookies. But opting out of some of these cookies may affect your browsing experience.
Necessary Always Enabled
Necessary cookies are absolutely essential for the website to function properly. These cookies ensure basic functionalities and security features of the website, anonymously.
Functional
Functional cookies help to perform certain functionalities like sharing the content of the website on social media platforms, collect feedbacks, and other third-party features.
Performance
Performance cookies are used to understand and analyze the key performance indexes of the website which helps in delivering a better user experience for the visitors.
Analytics
Analytical cookies are used to understand how visitors interact with the website. These cookies help provide information on metrics the number of visitors, bounce rate, traffic source, etc.
Advertisement
Advertisement cookies are used to provide visitors with relevant ads and marketing campaigns. These cookies track visitors across websites and collect information to provide customized ads.
Others
Other uncategorized cookies are those that are being analyzed and have not been classified into a category as yet.
SAVE & ACCEPT